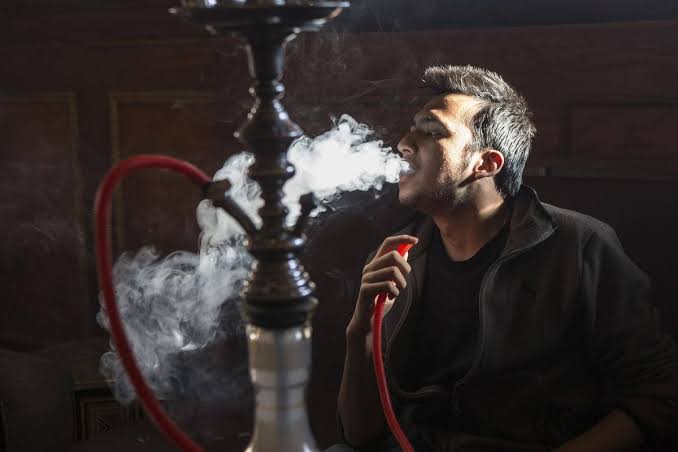 Medical doctor and social media influencer Dr. Nonso popularly know as Aproko Doctor has taken to his Twitter handle to warn against the smoking of Shisha saying it causes cancer and other health related challenges.

If you’re where shisha is being puffed, you’re a secondhand smoker and you can also get lung cancer

Shisha can cause cancer

It is not just flavour,

Shisha is not better than cigarettes, it is worse

The fruity flavor in hookah is not Vit C

It can cause impotence

It  can cause heart attacks

Shisha can cause lung infections

Shisha can cause miscarriages

It  can cause strokes

It can weaken your immune system

It can cause your skin to age

It can kill you

The smoke they inhale in one drag is equal to the smoke from 3 or more packs of cigarettes. … They just refuse to listen

According to the British Heart Foundation, traditional hookah  tobacco contains cigarette tobacco, so like cigarettes it contains nicotine, tar, carbon monoxide and heavy metals, such as arsenic and lead.

As a result, shisha smokers are at risk of the same kinds of diseases as cigarette smokers, such as heart disease, cancer, respiratory disease and problems during pregnancy.

It’s difficult to say exactly how much smoke or toxic substances you’re exposed to in a typical shisha session.

People smoke it for much longer periods of time than they smoke a cigarette, and in one puff of shisha you inhale the same amount of smoke as you’d get from a smoking a whole cigarette.

The average shisha-smoking session lasts an hour and research has shown that in this time you can inhale the same amount of smoke as from more than 100 cigarettes.

Some people mistakenly think that hookah smoking is not addictive because the water used in the pipe can absorb nicotine.

In reality, because only some of the nicotine is absorbed by the water, its smokers are still exposed to enough nicotine to cause an addiction.

Neurosurgeon salary in Ghana per month

How to use abere seed for fertility